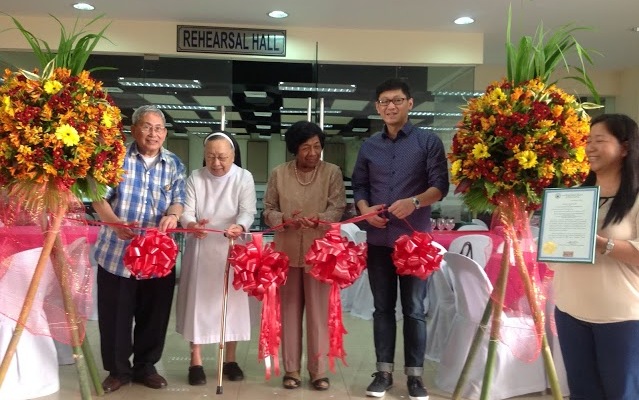 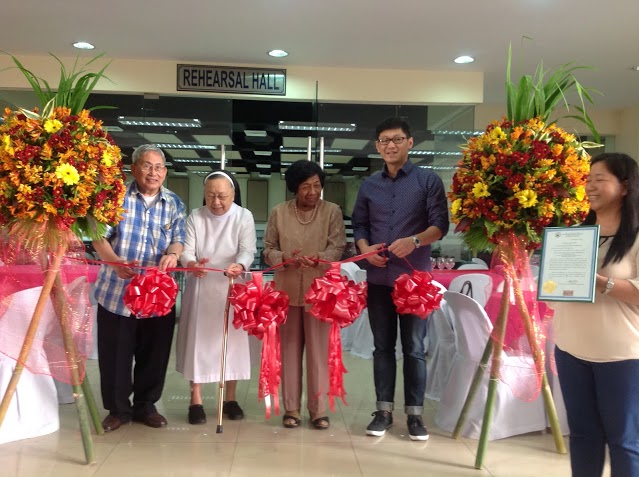 Marking a PTGP milestone. Past and present guild presidents led the launching of PTGP as a Foundation in historic ribbon-cutting ceremony.

MANILA, Philippines – The Piano Teachers’ Guild of the Philippines, Inc. was officially launched as a foundation in a ribbon-cutting ceremony held at the Rehearsal Hall of St. Scholastica’s College last February 2, 2014.

In his welcome address, Mr. Say stressed the significance of the milestone event. “Now that we are a foundation, we are now one step closer to achieving one the goals of the guild, and that is to reach out to the piano teachers in the provinces,” he said.

“It used to be very difficult to get support for our activities. Hopefully with our new status, it will now be much easier.”

Mr. Say also noted that the Securities and Exchange Commission’s decision to accord PTGP the status of a Foundation came in a year after the highly successful “forte@40” concert which helped gather enough money  to reach the requisite fiscal standing needed to be granted the status.